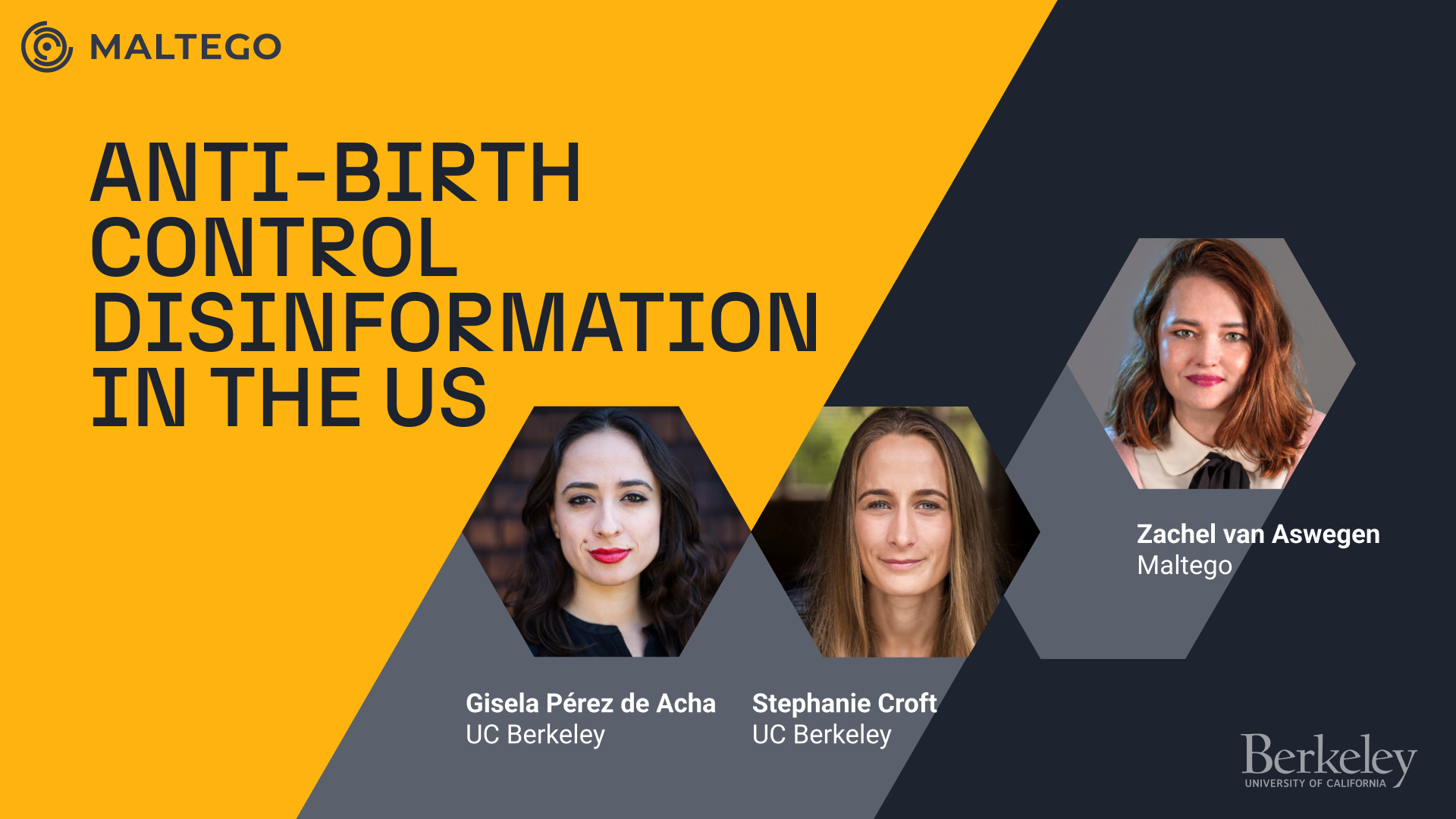 Webinar | Anti Birth Control Disinformation in the US

After the US Supreme Court overturned Roe v. Wade, conservative players were aiming for the next frontier on social media. The radio story in partnership with Reveal was published on October 8th. You can find a print version published on MotherJones in the meantime.

Don’t miss out on this great opportunity to get to know the behind-the-scenes of a major journalistic investigation.

This webinar will discuss:

Gisela Pérez de Acha is a supervising reporter and lecturer, who oversees teams of student investigators and journalists through Berkeley Law’s Human Rights Center and Berkeley Journalism’s Investigative Reporting Program. She is also a human rights lawyer and digital investigations trainer for the Human Rights Center and Amnesty International’s Digital Verification Corps, a global network of volunteers who fact-check social media posts about war crimes and human rights violations. She trains journalists and other professionals on methods for open source investigations, cybersecurity, and resiliency. Gisela is part of an Emmy award-winning team at the New York Times for her collaboration on the story about The Siege of Culiacán and a digital safety trainer with PEN America. She reported on extremism for “American Insurrection,” a co-publication with ProPublica, Frontline, and the UC Berkeley Investigative Reporting Program, which won the George Polk Award in 2022. Born and raised in Mexico, Gisela speaks fluent Spanish, English, French, and Portuguese. She has a master’s degree from Berkeley Journalism.

Stephanie Croft is the Director of the Human Rights Investigations Lab at UC Berkeley School of Law. Croft is a geospatial analyst and open-source investigator with a wide range of research experience related to West Africa, Latin America, Asia, and the Pacific. Prior to her appointment at Berkeley Law School, Croft worked as Senior Investigations Analyst for Greenpeace’s Global Tuna Campaign and was focused on investigating forced labour and human trafficking of workers at sea. She has also conducted open-source investigations and analytical work for civil and criminal litigation in her native New Zealand. She is interested in feminist geography perspectives in environmental and human rights investigations and the implications of gender in the field of technology and human rights. She holds a BSc in Earth Science from the University of Amsterdam and is completing her MSc in Geographic Information Science at Amsterdam University.